From Super8wiki
Jump to: navigation, search 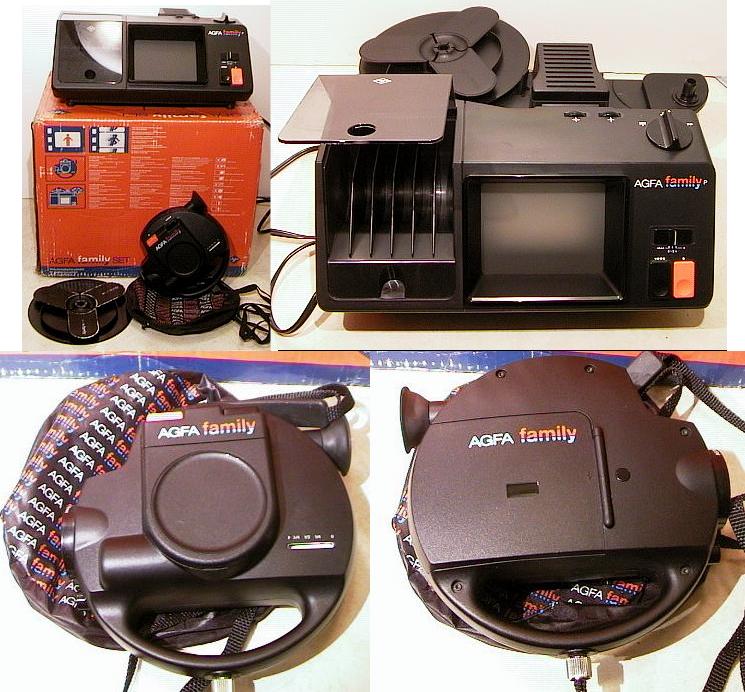 A package that includes camera and a viewer (a projector with a tv-like screen). Camera also takes "still pictures": when your press the single frame button, the film is marked so that the projector automatically stops for 3 seconds to show that still frame. There was an optional attachment for the projector/editor that allowed you to use instant film to make prints from single frames (I believe it used Kodak instant film which is no longer available).

Elmo released a similar system called "Album". Here's a link to the Elmo camera for that system. Since Agfa produced the viewers for Elmo, there's a high chance that both the "Family"- and the "Album"-systems are compatible.
If anyone can confirm this, please edit this entry!